Chrysler introduced Chrysler Sebring III (JS) as the new generation model available with convertible and sedan after they discontinued the coupe version of the Chrysler Sebring. The company marketed the 2006 Sebring Sedan model as a 2007-year-model in the United States on a completely new JS line and shared various styling cues with the Chrysler Airflite 2003 model and the Crossfire model. For 2007, the redesigned Sedan was introduced by the company, and the following year they introduced a convertible. They added new options on sedans like all-wheel drive and for the convertibles, retractable metal top. Chrysler 200 replaced all the Sebring models for the 2011-model-year.

For the 2007 model year, Chrysler Sebring was replaced with a new model on the JS line. The 3rd-generation Sebring was manufactured in Michigan, Sterling Heights, and around 82-percent of parts sourced in NA (North America). As the company stopped the manufacturing of convertible in 2007, the Sebring 2006 model has been filling the gap until the 2008 model was released by the company. The 3rd-generation Sebring has imbibed many styling cues from the 2003-model Chrysler Airflite concept. The 2006 model also included various signature styling cues of Chrysler, and most of them were copied from the Chrysler Crossfire. The Sebring convertible and sedan were also sold in right-hand drive in Ireland and the UK.

Chrysler Sebring offered three engines for the 2007-year-model Sebring that includes 3,518cc EGF V6, 2,736cc EER V6, and 2,360cc GEMA I4. The 3.5 L V6 engine is combined to the first-ever 6-speed automatic transmission of Chrysler that contains Autostick technology and the 2.7 L V6 engine can run on E85 (cleaner-burning). In 2008 the company made a 3.5L V6 sedan accessible with an all-wheel-drive with an extra payment option.

At the BBDC (Beijing-Benz Daimler Chrysler Automotive Co.) the production of the Chrysler Sebring sedan started in 2007 for the China market. The BBDC is a partner for the Chrysler and Beijing Automotive Industry Holding. The new BBDC plant has more capacity to manufacture the Sebring as the company also manufactures the Mercedes-Benz E-Class, Chrysler 300c, and Mitsubishi Outlander. 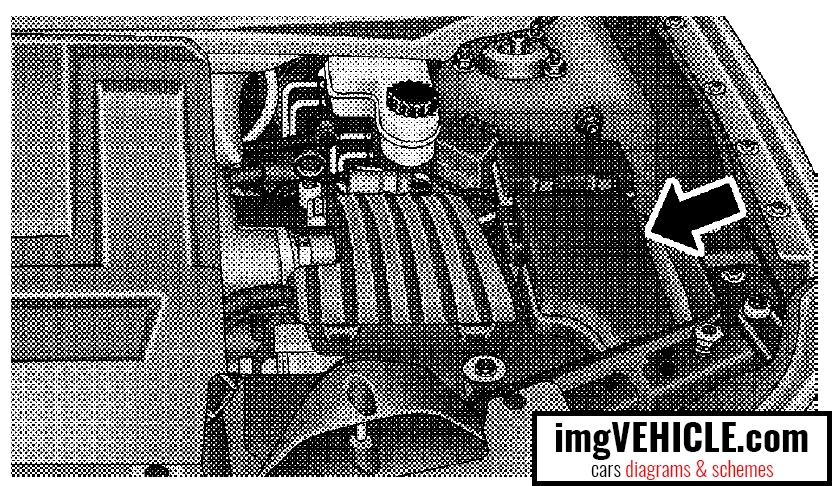 The TIPM is located in the engine compartment near the air cleaner assembly. This center contains cartridge fuses and mini fuses. A label that identifies each component may be printed on the inside of the cover. Refer to the graphic below for FUSES/TIPM location.