Opel Meriva appeared for the first time in Opel's offer in 2002. It was a classic B segment minivan vehicle, and a little later the idea was adopted by other automotive companies (Fiat Idea, Lancia Musa or Renault Modus).

However, Opel Meriva brought one fundamental innovation to the segment and even the entire automotive industry: the changing passenger space on the FlexSpace rear bench. It was enough to fold the middle part of the rear seat, move the outside of the seat slightly forward and push it in to make the model a 2 + 2 vehicle with a very comfortable rear seat.

The fuse box is located at the front side of the engine compartment. It’s just there right to the windscreen. To open that, you just need to remove the cover of the fuse box and lift it up from the lug.

The second-generation Opel Meriva that hit the market in 2010 was the evolution of the earlier solution, we can recognize it as a segment revolution. The vehicle received a very rare door opening system. Instead of the classic rear doors, which have hinges on the middle pillar, the Meriva II has hinges on the rear door at the rear fender. As a result, the doors open on the principle of an open book.

Of course Meriva, like its predecessor, has a system to change the arrangement of the rear seat FlexSpace. The difference, however, lies in the structural solution, allowing for easier and more precise change. In the normal position of the rear seat, we have three seats as in any vehicle.

However, we can leave the middle section (armrest and backrest behind it) and bring the two outer seats closer together. In this way, the vehicle becomes a four-seat model, where the rear seats have a comfortable distance both in relation to themselves and from the door. If, however, we have larger objects to transport, you can put the entire rear seat and get flat luggage space (as a result, it increases from 400 liters to 1500 liters).

First of all, it's the FlexSpace seat changing system.

Admittedly, it is a very good solution, but it required quite complicated kinematics and the attachment of additional guides. As a result, with classically placed seats at the back, we don’t have a spectacular upholstery between the floor and the seats, but the space with built elements of the structure.

Opel Meriva is a budget car, which makes the upholstery materials of lower quality. There was also no possibility of the free configuration of the car because expensive options (such as xenon) were never on offer.

Doors, both front, and rear open at an 84-degree angle (the widest opening on the market). As a result, it was impossible to use opening stops, as in classic models. Thus, a sudden gust of wind (a gale, a passing truck), can break in through the freely opened door. 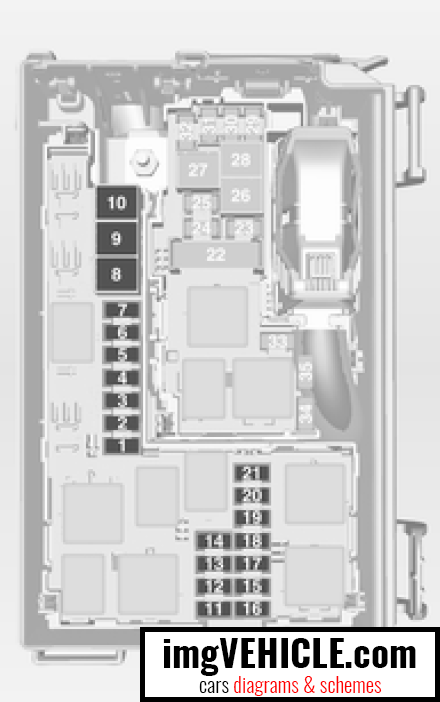 The fuse box is in the front left of the engine compartment. Disengage the cover, lift it upwards and remove. After having changed defective fuses close the fuse box cover and press until it engages. If the fuse box cover is not closed correctly, malfunctions may occur. 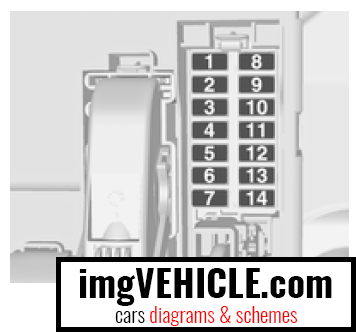 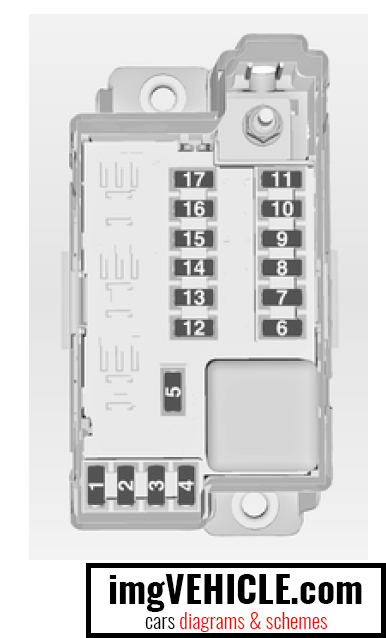 All Opel Meriva B info & diagrams provided on this site are provided for general information purpose only. Actual Opel Meriva B (2010-2017) diagrams & schemes (fuse box diagrams & layouts, location diagrams, wiring diagrams etc.) may vary depend on the model version.
Comments (3):