When it comes to top-level commercial cars, Toyota is one of the brands that top the charts. Toyota Motor Corporation is a Japan-based multinational automotive manufacturer with headquarters in Toyota, Aichi, Japan.

The company was founded 83 years ago in 1937. Since then the company has provided customers with a different range of cars. They are also the global market leader in sales of hybrid electric vehicles.

One of the best range of Toyota cars is the Toyota 4Runner. This is a compact sport utility vehicle that is sold throughout the world. Toyota 4Runner range was first launched in 1984 and the production of the same is still on.

There are different generations of Toyota 4Runners included in this series. In this post, we are going to talk about the Toyota 4Runner V (N280). This is a fifth-generation vehicle, the production of which was started in 2010 and is going to end in 2022.

It is a comfortable SUV meant for heavy-duty use. It is one of the most rugged mid-size SUVs available in the market. It features a sturdy body and is designed for off-road driving.

It is equipped with modernised wheels for better performance. The recent models are more advanced and loaded with features. It also comes with a lot of cargo space. This car is best for off-road clumsy driving where other cars would fail.

This particular model was first manufactured in 2010 and the production will continue till 2022.

Toyota is known to make tough cars to give you the best performance. Toyota 4Runner V (N280) is considered to be a worthy vehicle because of all its features. 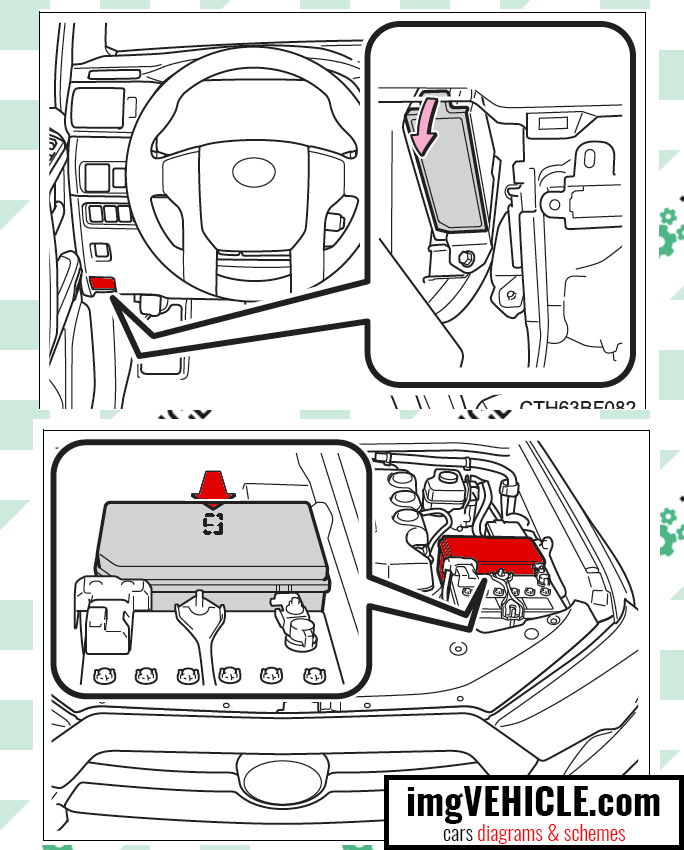 Toyota 4Runner is a comfortable SUV manufactured from 1984. The fuse box panel is located in the driver’s side instrument panel and in the engine compartment. Before changing any fuses remember to turn the engine switch off.

~EL 20-07-2021
This does not match a 2021 4Runner TRD Pro. A lot of differences with layout and labels. There is an IGN No.2 and an IGN No.3 on the inside fuse box. Not on the diagrams above. Thanks for posting these anyway, they are helpful.