When talking about affordable, commercial cars, we simply cannot leave out Hyundai. This South Korean multinational automobile company has been offering high- performance cars since 1967. The company manufactures a variety of car models. From SUV models to sedans to compact cars, they have it all under their wing. They also have a wide range of car lines, out of which the Hyundai Sonata is the most popular one. Hyundai Sonata is a mid-size car made by the company. It was first introduced in 1985 when they launched the first-generation Hyundai Sonata. But in this post, we will be looking into Hyundai Sonata V NF.

The production of Hyundai Sonata V NF started in 2005 and it lasted for four years. It was launched in the home market in August 2004 as a 2005 car model. This model is a part of the NF project. Starting with the engine, it featured a 2.0L gasoline version. However, this was available only in the Korean market. It was quite popular because of the added gas, tax, and insurance savings.

In the European market, the car was available with a diesel engine. The same was available in Singapore and New Zealand as well. In 2006, the car received many safety features. However, this was meant for the European market. Hyundai Sonata V NF also received an overall Good rating in the Insurance Institute for Highway Safety. In 2008, the car received a facelift which was revealed at the 2008 Chicago Auto Show as a 2009 model year car.

The entire styling was done at Hyundai-Kia America Technical Center, Inc, in Michigan. The makers made a lot of changes both in the exterior and interior of the vehicle. To date, Hyundai Sonata V NF has remained one of the most successful car models from the company. Currently, the company has launched the eight-generation Sonata cars.

The fuse box for the lights and other electrical accessories will be found on the left side of the instrument panel. Inside the box you will find a list showing the circuits protected by each fuse. If any of your car's lights or other electrical accessories stop working, a blown fuse could be the reason. If the fuse has burned out, you will see that the metal strip inside the fuse has burned through.

A burned-out fuse indicates that there is a problem in the electrical circuit. If you replace a fuse and it blows as soon as the accessory is turned on, the problem is serious and should be referred to a Hyundai dealer for diagnosis and repair. Never replace a fuse with anything except a fuse with the same or a lower amperage rating. A higher capacity fuse could cause damage and create a fire hazard.
Not all fuse panel descriptions in this manual may be applicable to your vehicle. It is accurate at the time of printing. When you inspect the fuse box on your vehicle, refer to the fuse box label. 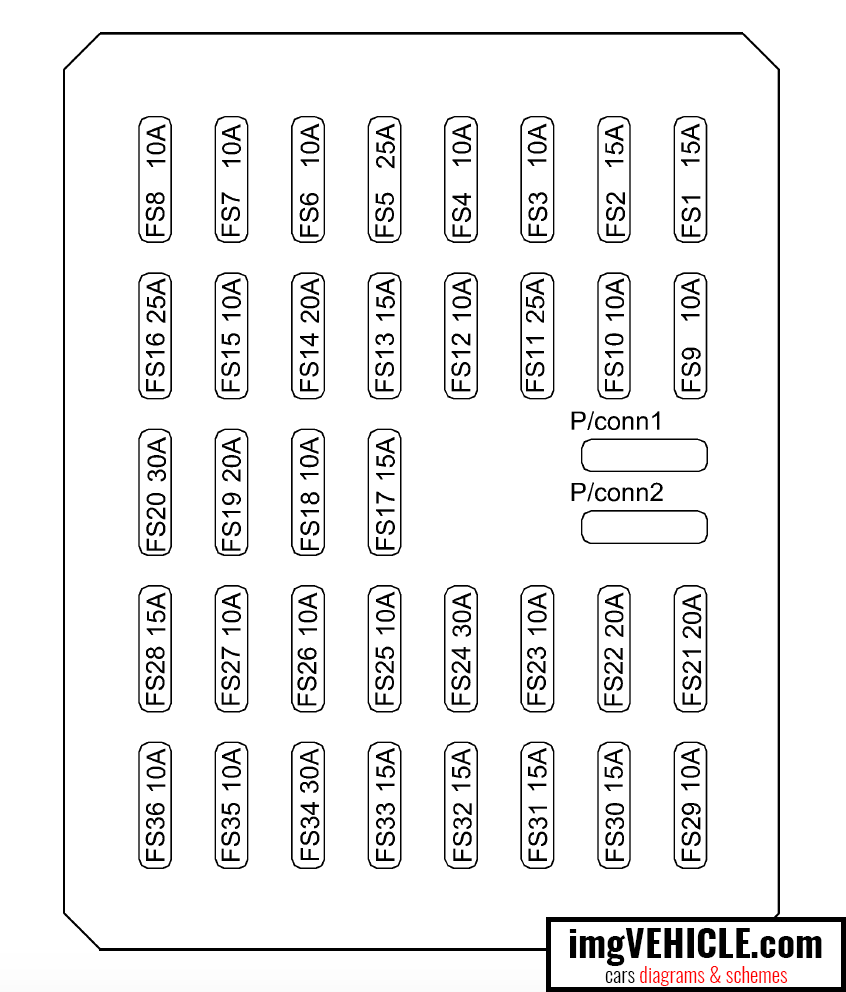