When it comes to the best American automobile companies, Ford is one of the names that top the charts. They are known for their high performance and comfortable vehicles. Ford Motor Company is the brainchild of Henry Ford who founded the company in 1903. Today, it has emerged to be a giant multinational automotive company. They not only has commercial cars, but also luxury vehicles that they sell under the Lincoln brand.

Speaking of Ford vehicles, Ford Focus is one of the very popular ranges of cars by the company. Ford Focus is currently running in its fourth-generation. But we are here to talk about Ford Focus II.

Ford Focus II is the second-generation range of compact cars that were sold worldwide. It was first manufactured in 2004 and the production continued till 2011. The second-generation Ford Focus was revealed at the Paris Motor Show in 2004 as a five and three-door hatchback and an estate. They also made a 4-door sedan which was developed by Ford Europe at the Beijing Motor Show in the middle of 2004.

Ford Focus II featured a basic suspension design which led to the success of MK 1. According to the company, they designed the car for a better and more comfortable ride. However, critics were not satisfied with the design. They claimed that the vehicle lacked the poised and precise handling of Mk 1.

Coming to Focus Mk 2, it is larger and also heavier than its predecessor. As a result, it comes with increased interior space. The car is also equipped with modern technologies including a solar-reflect windshield, Bluetooth hands-free phones, KeyFree system, voice control for audio, and climate control systems. The company put a lot of effort to design the Ford Focus II. In 2018, the company launched Ford Focus IV. 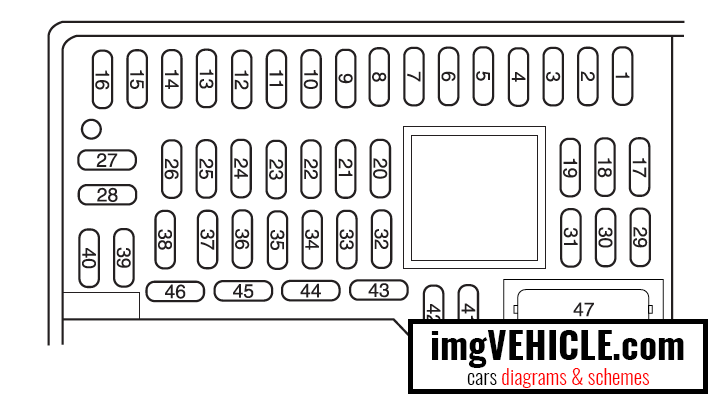 To remove a fuse, use the fuse puller tool provided on the power distribution box cover. The high-current fuses are coded as follows: