The Ford f-150 has been a best-seller for over three decades for good reason - it's a top capable full-size truck that's good-looking and comfortable. With a major redesign for 2015 buying the previous generation f150 could save you quite a bit of money. Here's what you need to know about 2009 through 2014 models!

The Ford f-150 comes in 10 different trim levels so you've got options and a variety of price points. A 2014 model starts around $25,000 and tops out around $51,000. Depending on the model you'll find either a 3.5 or 3.7 liter v6 or a 5.0 or 6.2 liter v8 under the hood - all paired with a standard 6-speed automatic transmission. Most models have three cabin configurations: regular, super or the four-door super crew cab seating up to six. The f-150 is offered in the two-wheel drive or four-wheel drive and sport some impressive towing capability up to around 8,000 pounds properly equipped. If you spend most your time offroad you'll like the sporty SVT Raptor introduced in 2010. With this unique look powerful v8 and extra suspension it's a beast on any terrain.

For a powerful full-size truck the f-150 is quick and gets pretty decent gas mileage this later-model v6 gets about 16 in town and 22 on the highway. Whether you're using your truck for work or play you need to be able to rely on it. While late-model f-150s have put up some pretty average numbers and reliability surveys the majority of owners report they would definitely buy one again. Be aware some 2011 models did experience some minor transmission and fuel system issues (something to keep an eye out for).

Inside the f-150 is spacious and very comfortable depending on the model the interior finishes and features can get pretty high-end too. Base model interiors are just that so they're designed pretty much just for functionality. Pricier trim levels include heated and cooled leather seats, rear view cameras and voice-activated Ford Sync. We really like this optional tailgate step and grab handle. It makes it a lot easier to load up the back.

Safety is always a concern and the f-150 is fared well over the years with average if not good ratings. The f-150 even received the IIHS Top Safety Pick in 2013. With stiff competition from Chevy and GMC board still on top and we get why. The f-150 has the power and fuel economy most buyers are looking for making it a great option for anyone in the market for a full-size truck. 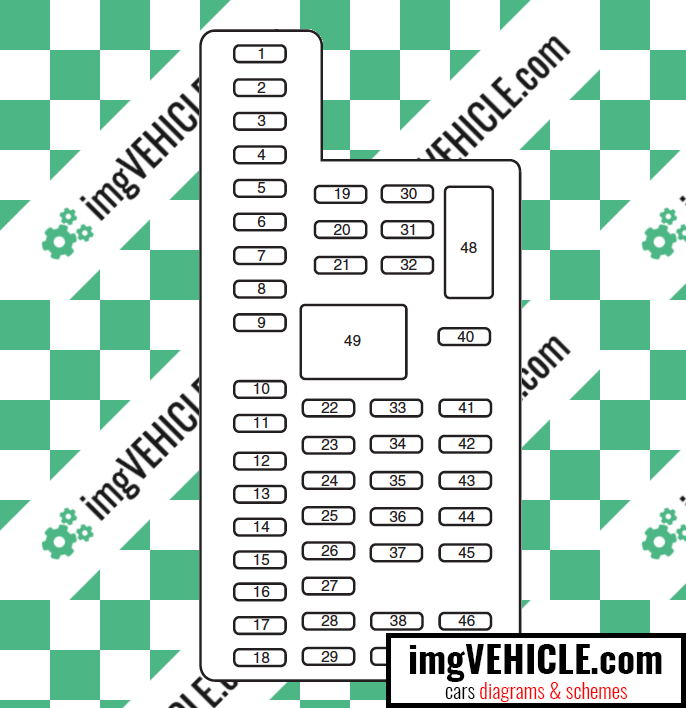 The fuse panel is located under the right-hand side of the instrument panel.

To remove the trim panel for access to the fuse box, pull the panel toward you and swing it out away from the side and remove it. To reinstall it, line up the tabs with the grooves on the panel, then push it shut

To remove the fuse box cover, press in the tabs on both sides of the cover, then pull the cover off.

The relay box is located in the left rear corner of the engine compartment.