Toyota Motor Corporation is a Japan-based multinational automobile company. It was founded in the year 1937 by Kiichirio Toyoda. The company has its headquarters based in Toyota, Aichi, Japan.

For those who didn’t know, it is the largest automobile company in Japan. Not just that, but it is also the second-largest automotive company in the world, after Volkswagen. Toyota was the first-ever company to manufacture 10 million cars per year. Their cars are known for their performance and advanced features. Among all the different range of Toyota cars, Toyota Avalon V (XX50) is a prominent name. It’s one of the latest car series launched by Toyota in 2019.

The Toyota Avalon V (XX50) is equipped with a high power engine with sportier suspensions. As far as, we know the 2021 model will be launched in the US with a four- cylinder AWD variant. They will feature a 2.5 litre engine with automatic transmission. One of the best things about the Toyota Avalon V (XX50) is that it is equipped with the Toyota Safety Sense. They also received a “Good” rating for all categories except for the passenger-side small overlap test.

Toyota Avalon V (XX50) is a full-size, sedan car that is mainly designed for families. The interiors are great and it is designed for utmost comfort.

Toyota cars are based on technology and innovation and Avalon V (XX50) is just a fine example of that. The company is currently gearing for its 2021 Avalon model. 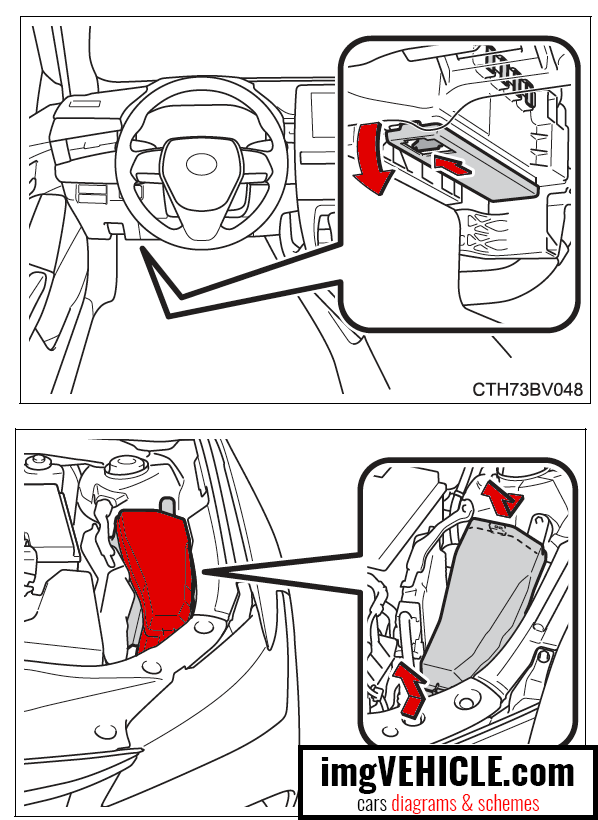 The fuse box is located under the driver’s side instrument panel and in the engine compartment.