Skoda Roomster is a combi van type city car produced by Czech Skoda from 2006 to 2015. It has been presented in 2003 at Frankfurt Motor Show. Roomster has been build on the PQ34 platform (the same as Audi TT, Golf IV, or Skoda Octavia). Its unconventional design is characteristic till today. This specific MPV (Multi-Purpose Vehicle) has a lot of fans. There were four equipment versions of Roomster: Active, Ambition, Fresh, and Elegance.  They were also five special editions: Scout (for those who like a little bit of offroad - this version has been presented in 2006 in Essen), GreenLine, Biker, Comfort Plus, and Noire.

In the beginning, Skoda was produced in the small Czech town of Kvasiny. In summer 2007 Skoda released a small truck based on Roomster named Praktik. In 2010 facelift version has been shown. In the facelift version, we can see changes in the grill, headlight, and bumper. In 2014 Skoda announced the second generation of Roomster but one year later Volkswagen those plans. This small MPV class car is popular to this day, and its unusual appearance has many fans. In Euro NCAP Roomster got 5 out of 5 stars which, apart from a huge trunk and appearance, is another argument in favor of this car. 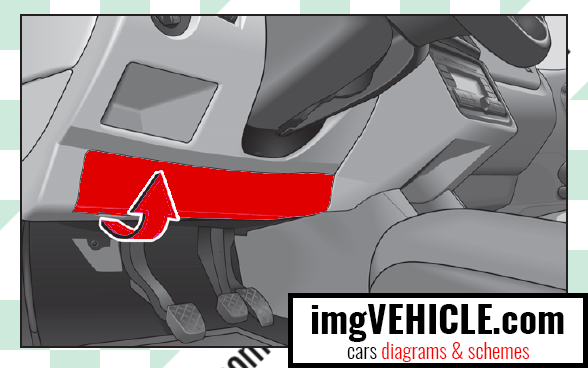 The fuse box is located on the left side of the dash panel behind the safety cover. 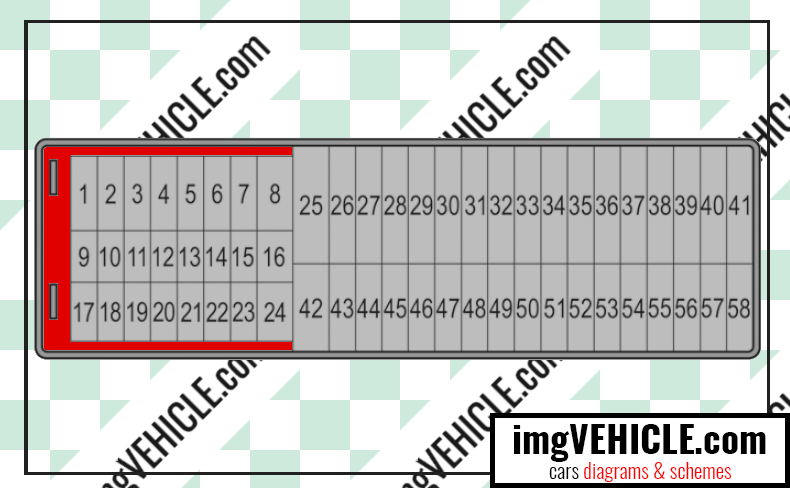 a) Depending on headlight type - replace defect fuse with a new fuse of the same ampere number.

b) If the engine is switched off already one electrical component which is connected can discharge the battery.

Fuse box is located at the battery.

Fuse box diagram (at the battery) 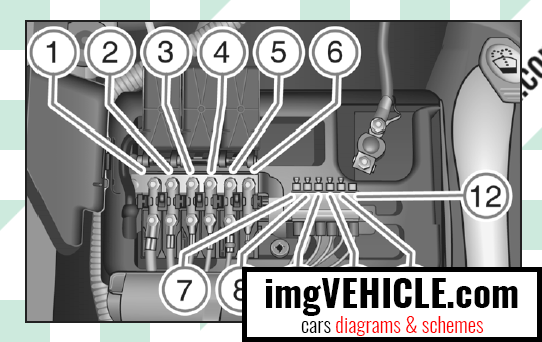 Schematic representation of fuse assignment at the battery. 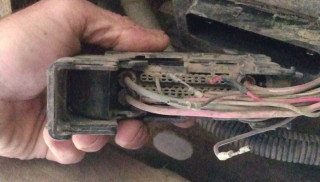