The seat being the underdog automotive giant provides a range of cars equipped with all the features. This is also a subsidiary branch of the Volkswagen group. The seat has given much consideration to the features and performance, which helped the third generation of Ibiza gain massive popularity. It acquired aggressive styling in this model and had a seating capacity of five adults. Different features have gained the "Car of the Year" in 2003 and best "Supermini of the Year" almost for three years in a row.

This car is of multipurpose usage as it can be used as rally and police cars also. There are different trim levels of this car such as Award, S, SX, Stylance, Reference, Signo, Stella, Sport, FR, and Cupra R. There are different gradual changes in the car design that makes it quite useful. The minimal changes in exterior and interior make it attractive. The different trim levels come with various engine capacities such as the top petrol versions of this car come with a 1.8-liter 20v turbo engine with 150 PS(110KW; 148bhp) for the FR 180 PS(132KW; 178 bhp) for the Cupra R model. The trim levels also introduced some special edition that consists of a brand new interior logo on the front seats and the gear knob.

The power-packed performance with the class-apart interior and exterior design makes it quite popular among peers. At that time, it has gained massive exposure and paved the path for maximum sales. For those who are looking for a car that has all-around features as well as practical styling, then this is their first choice. The third generation Ibiza has gained more popularity than its previous versions due to several reasons. The increased popularity can deduce the popularity of this vehicle. 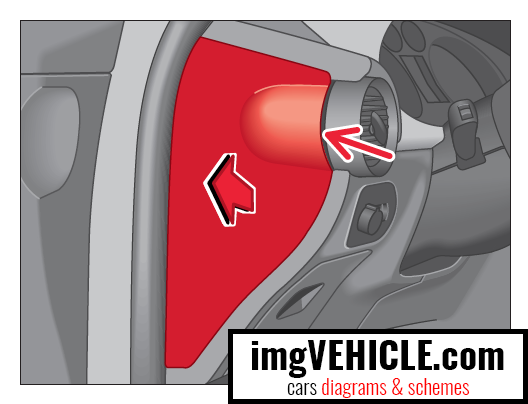 Fuse box in the engine compartment on the battery