Renault is a French automobile company that is known to manufacture a wide range of vehicles. From cars to vans to buses, they specialise in all types of vehicles. It’s been more than 100 years that the company is in business.

This multinational automobile manufacturing company aims to provide comfortable and high-performance cars. Out of all the different range of cars, Renault Clio is one of the. This is a range of supermini car manufactured by the company. Renault Clio is currently running in the fifth-generation.

Renault Clio V was revealed at the 2019 Geneva Motor Show. This car is available with a lot of choices in terms of gearbox and engines. It comes with a new modular CMF-B platform that helps improve efficiency in the new CL. The E-Tech hybrid drivetrain combines a new-generation 1.6 litre petrol engine along with dual electric motors, a 1.2 kWh battery, and a multi-mode gearbox.

Renault Clio V is one of the best and high-performance cars made by Renault. Everything about it is meant for comfort and convenience. 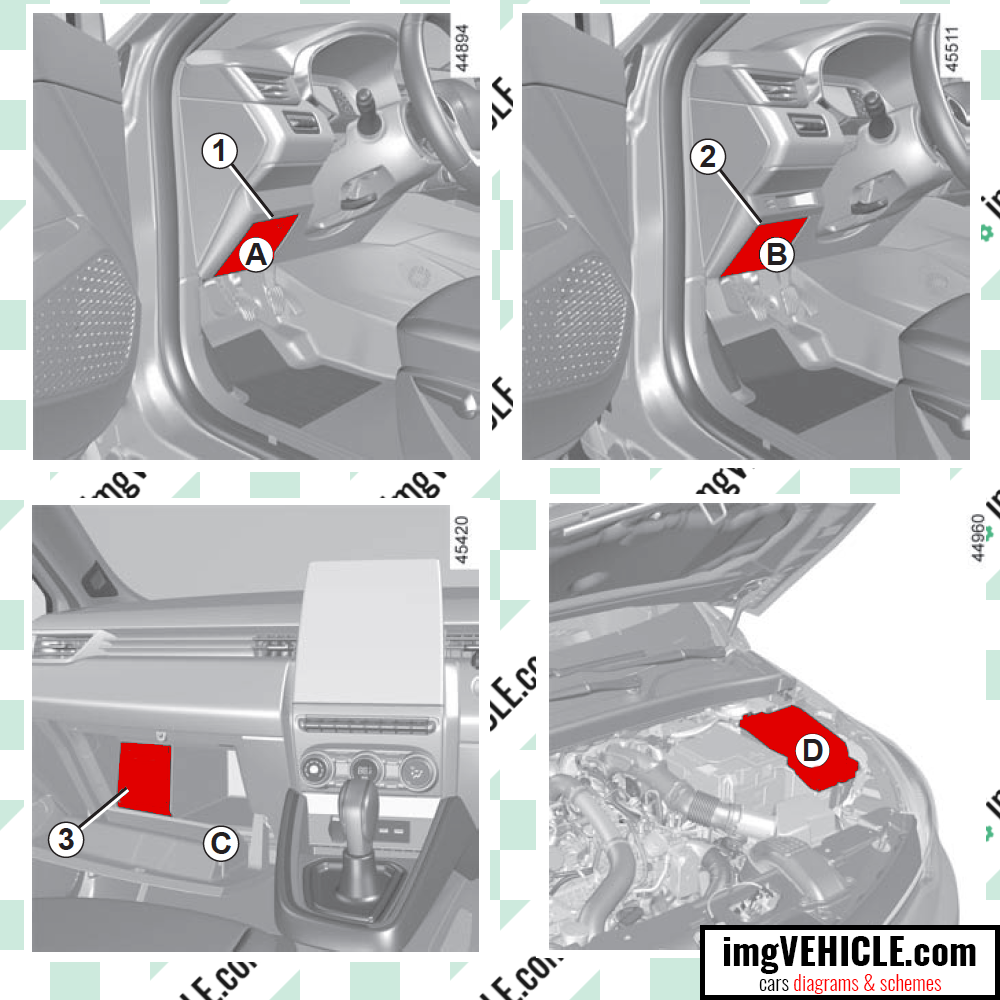 The fuse box in Clio V is located in the passenger compartment and in the engine compartment.

Passenger compartment fuses B: Unclip the access flap 2. Open and tilt the 2 flap completely then pull it downwards to move it in order to access the fuses.

Fuses located in the passenger compartment behind a flap in the C glovebox: Unclip the access flap 3.

Fuses in engine compartment D: Some functions are protected by fuses located in the engine compartment(unit D). However, because of their reduced accessibility, we advise you to have your fuses replaced by an approved dealer. 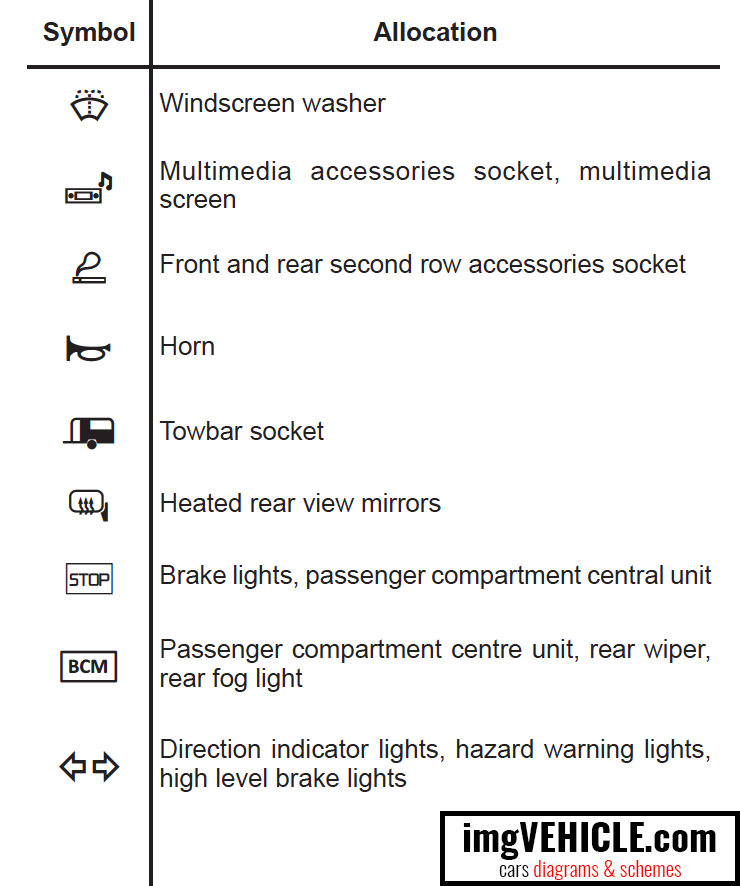 ~John 07-07-2021
I have a MkV 2020 Clio and the handbook seems to have no real correlation to the layout of the fuses contained in the glovebox area. I want to fit a dashcam and have hardwired this quite easily on at least 3 previous cars, but I cannot see a tech diagram online for a MkV clio, so that I can do this easily.