Opel insignia is a mid-size car that has all the apt features for a family car. The German manufacturer Opel has provided some of the class-apart features to this car which makes it significant enough for any region. Specifically, this first generation was launched in 2008 at the British international motor show. It went on sale in October 2008. It comes in the segment of a four-door saloon car that has spacious and performance-oriented features.

The centre of attraction of this car is its safety features such as variable light beam distribution in width, direction, and range, gas discharge headlamps, Adaptive Forward Lighting – bi-xenon. Apart from these, it also has static cornering light and Advanced Front- Lighting System (AFS). Other than that the Opel eye system is capable of detecting road markings and end wheel driving, hence keeps the driver safe and sound.

Apart from that in 2009, Opel launched a model is known as Insignia OPC, which is a performance-oriented upgrade in the same model. It is equipped with a 2.8 litre turbocharged V6. The engine in this car is capable of producing 239 kW (325 PS; 321 hp) and 435 NM (321 lb-ft). It comes with a six-speed manual transmission / six-speed automatic transmission.

This was one of the models from Vauxhall that has gained numerous awards and accolades. It has won approx fifty international and national awards in different countries. It was the best car in different countries such as Austria, the United Kingdom, and Denmark. It was voted2009 European Car of the Year, according to the German institute DEKRA it was the car with the least number of flaws. The EuroNCAP provided this with a five-star rating. 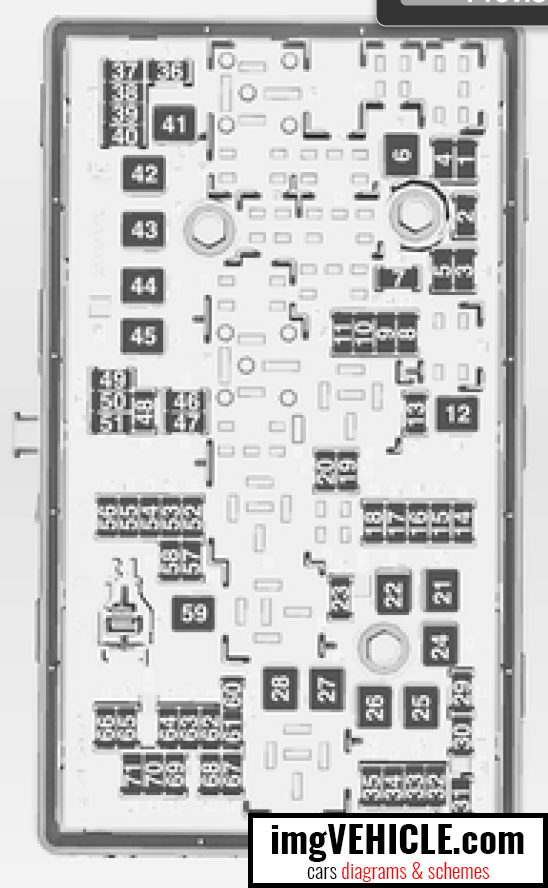 The fuse box is in the front left of the engine compartment.

Disengage the cover, lift it upwards and remove.

After changing of defective fuses close the fuse box cover and press until it engages.

If the fuse box cover is not closed correctly, malfunctions may occur. 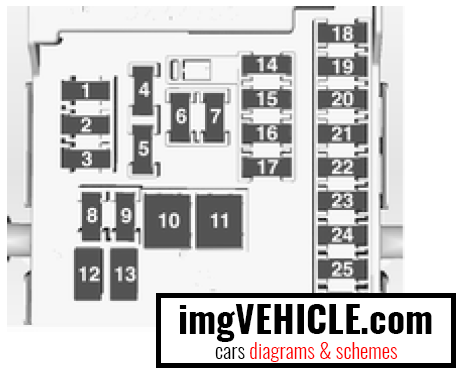 In left-hand drive vehicles, the fuse box is behind the storage compartment in the instrument panel. Open compartment, compress the locking tabs, fold compartment down and remove.

In right-hand drive vehicles, the fuse box is located behind a cover in the glovebox. Open the glovebox and remove the cover. 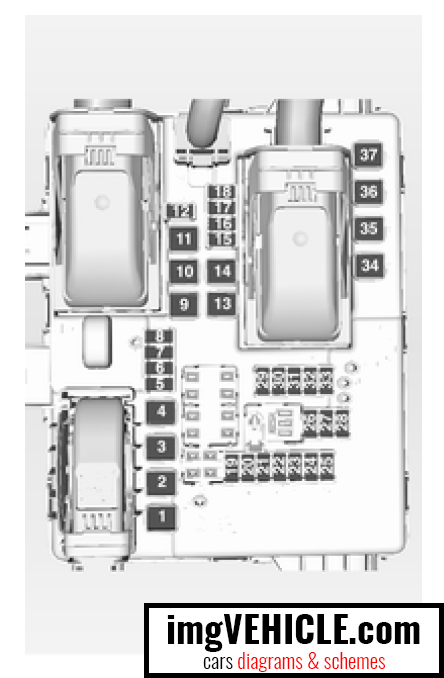 The fuse box is on the left side of the load compartment behind a cover. Remove the cover.