Honda Motor Company is a popular automobile company based in Japan. It is a multinational conglomerate corporation that has its business spread in several countries worldwide. They are mainly known to manufacture automobiles, motorcycles, and even power equipment. The company was founded in 1948. It’s been 72 years that the company is providing high-performance and budget vehicles to users. They have their headquarters located in Minato, Tokyo, Japan. Honda has a large variety of cars under its wing. However, the most popular range is the Honda Civic range. Honda Civic X is a tenth generation model that started production in 2015 and will continue till 2021.

Honda Civic X is a tenth generation model that was first produced in 2015 and will continue till 2021. The tenth-generation Honda Civic is based on an all-new, compact global platform. This model was first revealed in 2015. This car features a new fastback exterior design along with the rear C-pillar flowing into the tailgate. In the front, the car has a new chrome wing design. For the 2020 model, the company expanded the availability of the optional six-speed manual transmission. Civic X variants include a sedan, coupe, Si trims, Type-R, and five-door hatchback models.

The interiors of Civic 10 comes with major changes. It features an all-digital Driver Information Interface with a 7 inch LCD screen placed behind the steering wheel. Civic X is marketed and sold worldwide. However, the name of the models may differ in different countries. The tenth-generation Honda Civic was launched to replace the ninth generation models. The cars from this generation are more advanced and comfortable. Honda Civic is one of the most popular ranges of cars by the company. It is a mid-budget family car that has both appeal and performance. 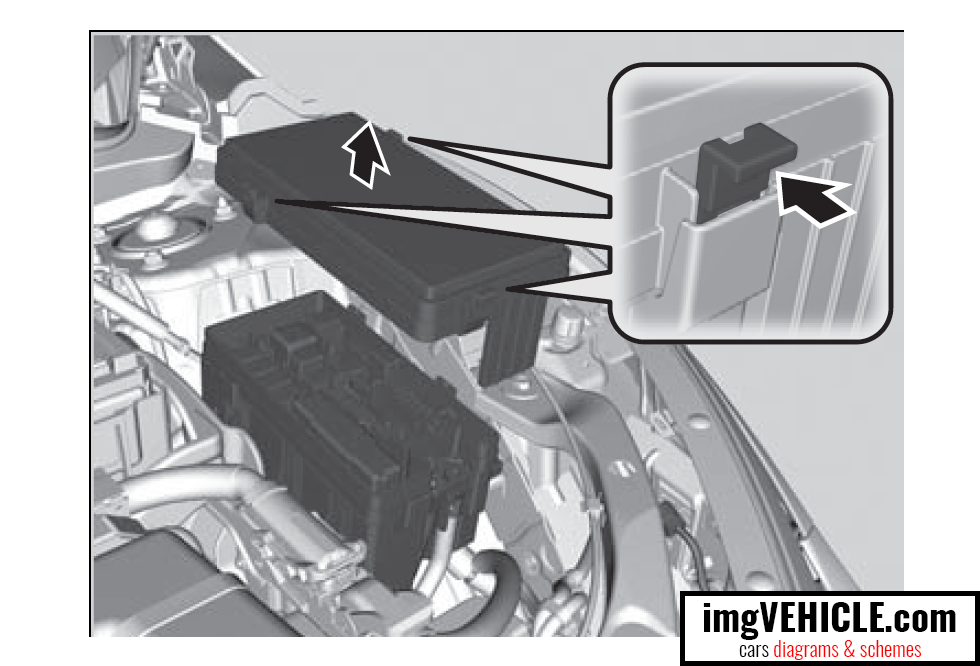 If any electrical devices are not working, turn the ignition switch to LOCK and check to see if any applicable fuse is blown. Located near the battery. Push the tabs to open the box. Fuse locations are shown on the fuse box cover. Locate the fuse in question by the fuse number and box cover number. 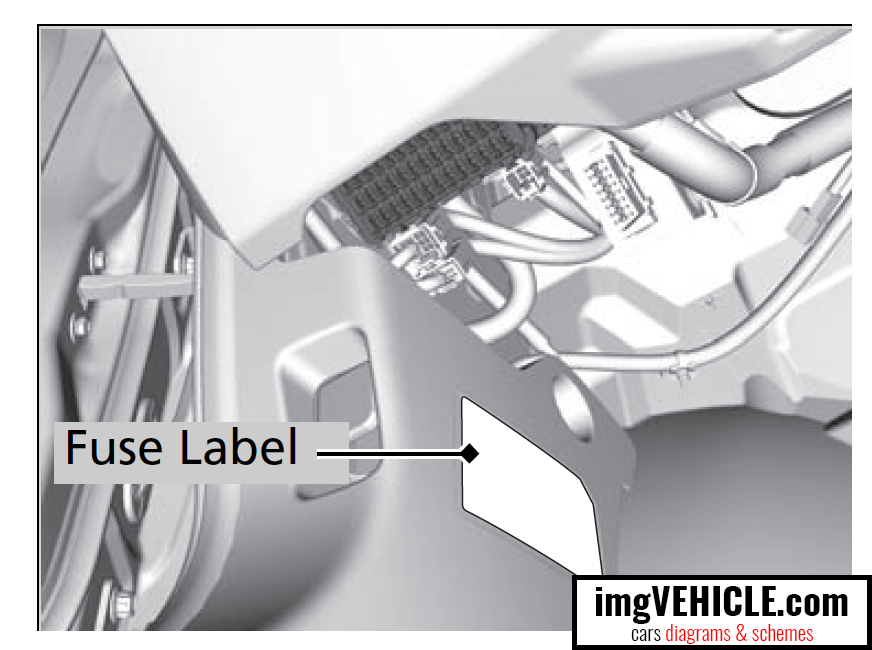 Located under the dashboard. Fuse locations are shown on the label on the side panel. Locate the fuse in question by the fuse number and label number.

[email protected] 22-06-2020
why is it?? that i cannot find on either under bonnet fuse box diagram or under dash diagram a list of fuses, in particular cigar lighter?? the original cover of my interior fuse box is missing so i have been unable to find out which fuse it is?? the location of interior fuse box is located in a very difficult location to enable me to remove & replace each fuse 1 by 1, so i need an accurate diagram for this 1.4 civic hatchback 2007 model, can someone please help!!! it is the only item not working? needed very much for charging my wife & i mobile telephones.

~Michael Gould 21-03-2021
What diagram? A listing, but nothing to indicate location on the panel. (the printed one in car is so dark and fairly useless, too)

~Justo Benavides 22-11-2022
My heaterblow warm driver side cold passenger side ?