Ford is one of the pioneers in Automobile manufacture. Found by Henry Ford in the year 1903, it is an American multinational firm with its headquarters located in Michigan. Expedition holds the privilege of being the first-ever four-door solid SUV to be released in the market. It was launched in the year 1997.

Ford’s Expedition faced the most changes only in the 3rd generation models. Between the years 2007 to 2017, a lot of new features were added both to the interior as well as the exterior of the car. Some minor level aesthetic arrangements enhanced the look of the car to another level.

The T1 size of the platform was bought in the Ford Expedition that led to increased length of the cars released under the Expedition model. As the rear suspension in this model of car is of the independent type, this leads to more space in the cargo area. Also, the sizes of the windows in the cargo area were extended and it accommodated more items and things. The bar grills and the headlamps were given some enhancements which elevated the look and feel of the car in sleeker ways.

The major complaint the users placed before the company is that the engine’s size, pulling capacity, and the ability to take more load were not enough. The third generation of Expedition also made use of the same engine that was used in the second generation. Only in the year 2015, a new model of car with a completely new variant was released in the market.

Despite being launched way back in the year 1997, the model still holds much relevance in today’s market. As the material engineering products kept developing on a massive scale, the interior of the car also got a better outlook. Within the same model category, both normal and premium category versions were released. 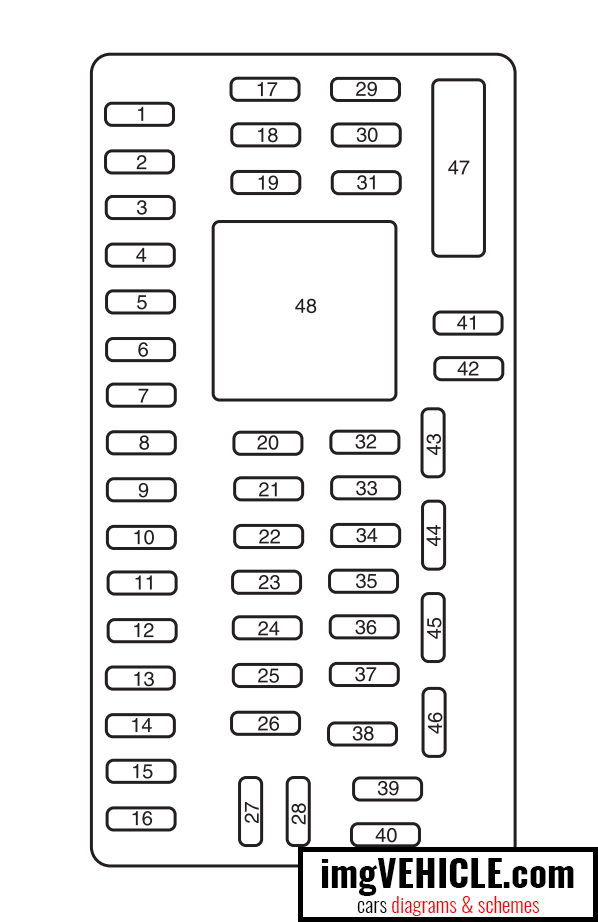 The fuse panel is located under the right-hand side of the instrument panel.

To remove the trim panel for access to the fuse box, pull the panel toward you and swing it out away from the side and remove it. To reinstall it, line up the tabs with the grooves on the panel, then push it shut.