The Citroën C5 is an extended line of automobiles that is produced by a French manufacturer Citroën. The whole family of Citroen C5 was produced between 2001 to 2017. There are two generations. Citroen C5 second generation was officially produced in 2008 as a three-box saloon segment.

The basic features of this French beauty are massive as it comes with conventional springs and hydropneumatic suspension. It is equipped with 2.7 L Ford AJD-V6/PSA DT17 engines which provide optimal fuel economy. In the subsequent years, it has experienced some of the upgrades which are equipped with 2.0L HDi 140 and the 2.2L HDi 173 engines, with six-speed automatic or manual transmissions.

There are some of the innovative features that make this car attractive. These models are equipped with an eTouch system that has multiple safety services. These include assistance calls and emergency ones also. The availability of virtual maintenance manuals makes it quite useful. The normal web connection can avail the Eco Driving service, and Citroen independently manages the calls for assistance.

This system comprises a SIM card with a GPS module that doesn't need a call plan. The system has two buttons "Double Chevron" for assistance calls and "SOS" for emergency

ones. With the emergency calls, the customers get emergency services in no time. These emergent situations can be accidents. These are the free services, and it doesn't cost you an additional penny for setup.

Apart from this specific feature, there are numerous others also that make this car worth every penny. The consecutive upgrades with maximum restyling make it the right choice. There are multiple facelift options available in the year 2012, which includes softer chevron grille, chevron badging, modified badging of C5.

Fuses under the dashboard 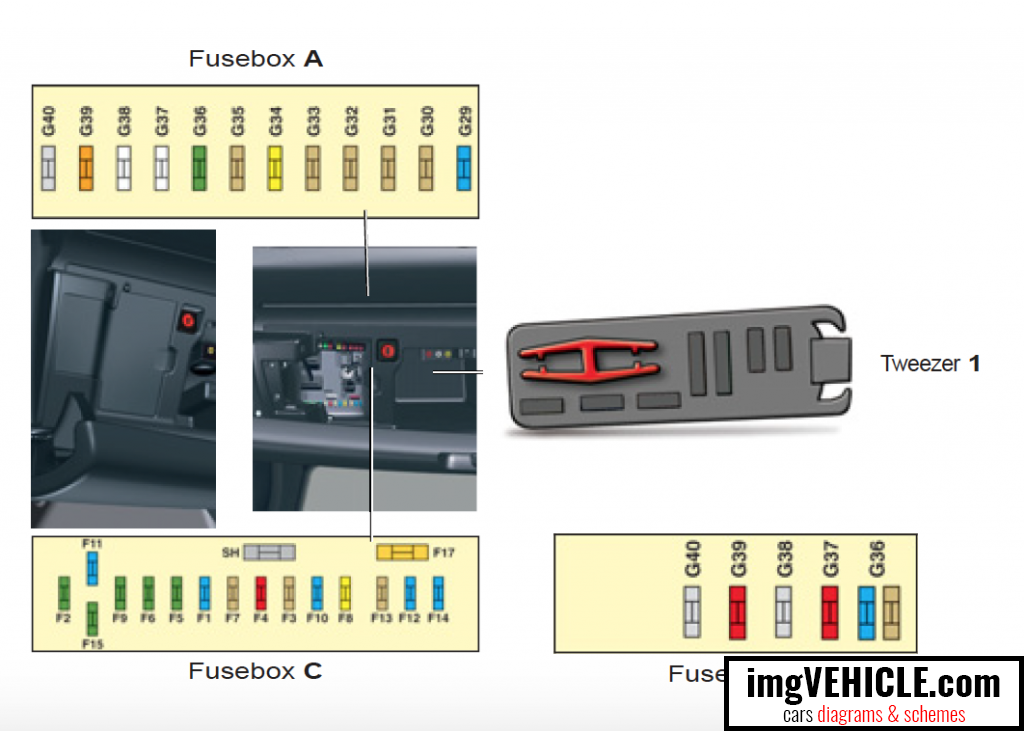 Procedure for replacing a faulty fuse with a new fuse to rectify a failure of the corresponding function. The 2 fuseboxes are located below the dashboard and under the bonnet.

Before replacing a fuse, you should ascertain the cause of the fault and have it remedied. the numbers of the fuses are indicated on the fusebox. Replace the fuse that has blown with one of the same rating (same colour). Use the special tweezer 1 placed on the fl ap close to the fuseboxes.

Fuses under the bonnet 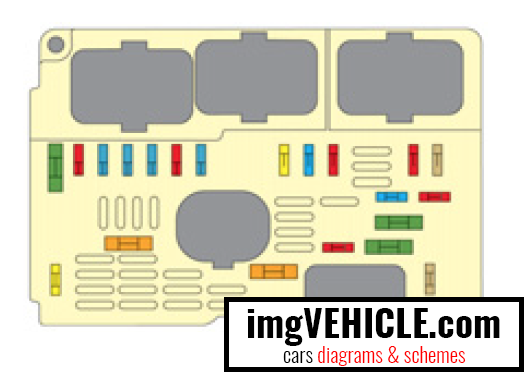 After a repair, carefully refit the cover.If the cover is not correctly positioned or not properly closed, this could cause serious problems on your vehicle. For the same reason, take care not to spill any liquid in the fusebox.

Any repairs on the MAXI fuses (that give additional protection), located in the fuseboxes, must be left to a CITROËN dealer or a qualified workshop.
All Citroën C5 II RD/TD info & diagrams provided on this site are provided for general information purpose only. Actual Citroën C5 II RD/TD (2008-2017) diagrams & schemes (fuse box diagrams & layouts, location diagrams, wiring diagrams etc.) may vary depend on the model version.
Comments (2):