The Passat B5 has introduced a brand new design language which is equipped with heavily raked windscreens, smooth underpinnings, and soft lines. Apart from this, it was the best in the class sedan at that time. The fifth-generation was introduced with some of the best technical features such as four-link front suspension with four motions for wheel drive models. The four-wheel-drive was launched in 1997 which has different options of engines such as 1.8, 2.8V6, 1.9TDI, and 2.5V6 TDI engines. This car comes with three transmission options: a 5-speed manual transmission, 5-speed automatic transmission with Tiptronic, a 6-speed manual transmission.

Apart from these technical features, Passat B5 has also experienced a par grade of interior trim with the availability of all the luxury options. Other than that the accessories provided by the company at that time make it quite advanced.

There Are some of the standard features in different trim levels, such as cruise control, air conditioning, and a CD player. Other trim levels experience alloy wheels, upgraded audio, power sunroof, heated front seats. When it comes to safety features, this model is equipped with a security system, electronic stability control with brake assist, traction control, six airbags, four-wheel-disc brakes with ABS. These safety features are the most common and preferable for any safety-oriented car. This car provides it with all, and for this, it has gained several awards and accolades.

At the time of launch, this was the preferable family car that has maximum space and all the practical features of an excellent family sedan. 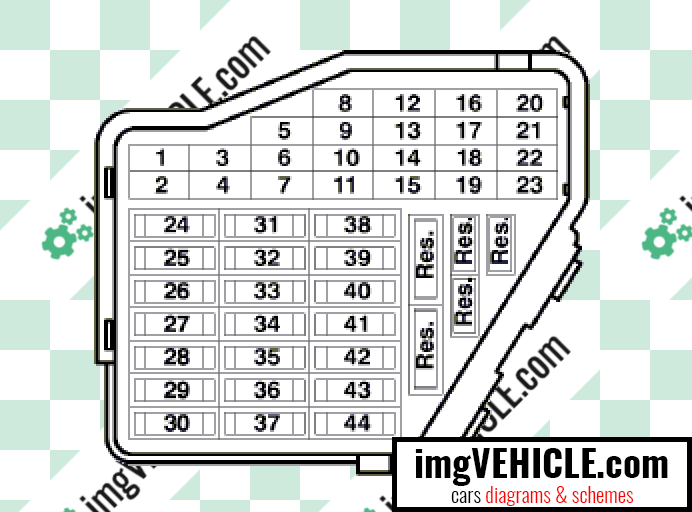 Fuse arrangement in fuse panel, behind instrument cluster, left side