Skoda has all the vehicles that top the specific class or segment of the car. This second- generation vehicle was unveiled at the Geneva auto show in 2007. It was lined for production from the model year 2007 itself. From its predecessor, it has somehow more excellent and increased space that makes it an upgrade in the previous version.

This second-generation Fabia has some of the trim levels that are acquired with specific features. Classic, Ambiente, Sport, and Elegance are the trim levels that are equipped with all the functions including driver and side airbags, ABS, Curtain airbags, front passenger, and ESC were available as an option. Apart from this, the subsequent sedan body was equipped with some of the best features when it comes to the engine. It has unveiled an environment-friendly vehicle that is capable of reducing carbon emission substantially. With the different models, there is subsequent advancement in the technology in which the foremost greenline model that is equipped with a 1.2-litre 3-cylinder diesel engine is 3.4 l/100 km, which produces a sheer amount of carbon emission. When it comes to subsidiary functions, it has various shapes of the front bumper and front fog lights. It is also equipped with Xenon headlights that provide different kinds of beams such as full and a separate one. Apart from an efficient engine, this compact car from Skoda easily fulfills all the needs of the buyer. With this, one can get an efficient vehicle that has all the features.

Individual electrical circuits are protected by fuses. The fuses are located on the left side of the dash panel behind the safety cover.

Fuses at the battery 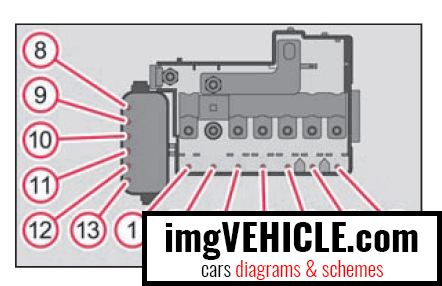 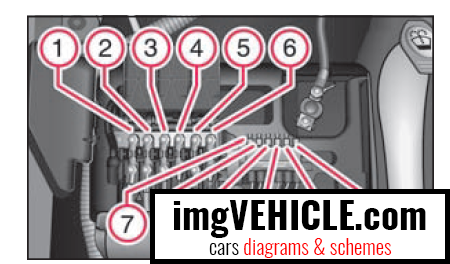