Porsche has been the name in the automobile industry that is popular for providing elegance and performance. Porsche Cayenne is a family SUV that is best for the urban population. Those who want to show their driving prowess prefer this. This SUV is equipped with breathtaking body works that hold an attractive design. The classy alloy wheels are quite expensive and have the crux of the vehicle. Apart from this, it is equipped with a class apart interior and some of the specific attachment to its rear seats.

Cayenne is a mid-size luxury crossover SUV by the German automobile company Porsche. It was launched in 2002, and the sales started in most of the places in 2003. It has gained massive popularity due to its body and elegant look in the SUV sector. It has a spacious interior that can be used as an urban car that provides looks as well as performance. Porsche built the first-ever V8 engine vehicle in 1995. The first generation of cayenne is equipped with all the features that make it quite useful on the front of the body frame, doors, and electronics. The Porsche Cayenne has got a mixed response from the market. It was a performance-oriented vehicle that had good handling. It is powered by a VW 3.2L VR6 engine that is capable of producing 250PS of power. It can attain 100km/h speed from 0 in 9.3 seconds. The performance of this SUV is average and can be opted if people emphasize looks and space.

There are some advancements in the successive models that make it quite an urban vehicle that is equipped with all the features of an ideal sports utility vehicle. It was preferred by those who look for power-packed performance as well as an excellent looking urban car with all the advancements.

1 month ago by Maverik 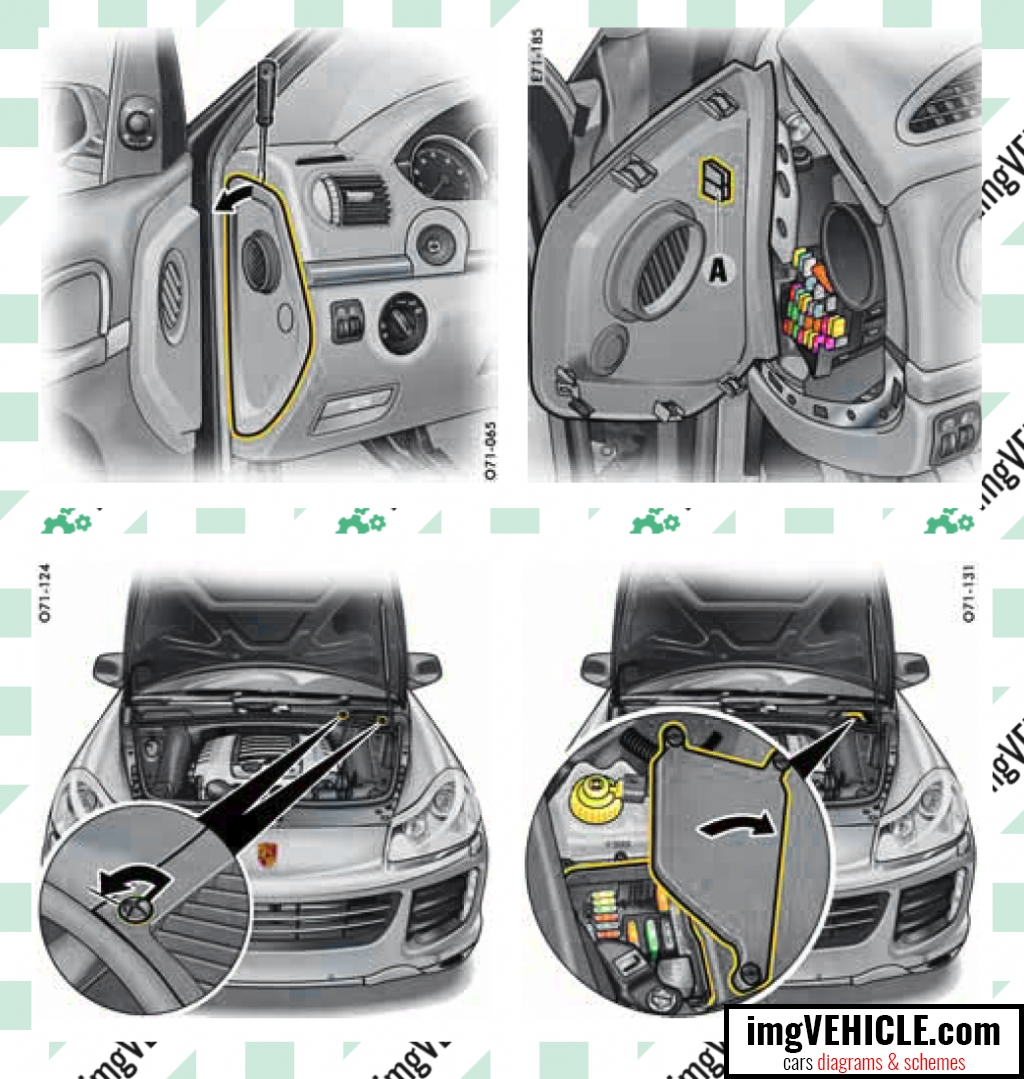 Fuse box in left side of dashboard

Fuse box in right side of dashboard