Hyundai cars are very popular in the market and for all the right reasons. The company believes in providing high-quality vehicles at affordable rates. It’s been more than 50 years that the company is manufacturing cars and other vehicles. The good thing about Hyundai is that they have a wide range of cars to offer. For instance, the Hyundai i20 is one of their most popular range of family cars. Speaking of which Hyundai i20 II started production in 2014. It’s a hatchback model manufactured by the company.

Hyundai i20 II is a super-mini family car with a new exterior and interior design. It is equipped with a new 1.4-liter diesel engine for more power. The i20 II was first launched in 2014 in Europe and India. As far as the design goes, it features Hyundai’s Fluidic Sculpture 2.0 design philosophy. Some of the attractive features of the Hyundai i20 include a black C pillar block, trapezoidal fog lamps, wrap-around tail lamps, and re-worked headlights. They have also included a hexagonal front grille.

Coming to the interiors, it features a beige and black dual-tone dashboard with multi- steering-mounted audio controls. It also has Bluetooth integrated 2 DIN audio with Aux and USB inputs with 1GB storage. Other features include automatic temperature control, a dedicated engine start/stop button, and rear AC vents.

The i20 II is loaded with features. It is designed to give a comfortable experience to users. The super-mini design with a series of features makes Hyundai i20 II one of the best commercial cars on the market. 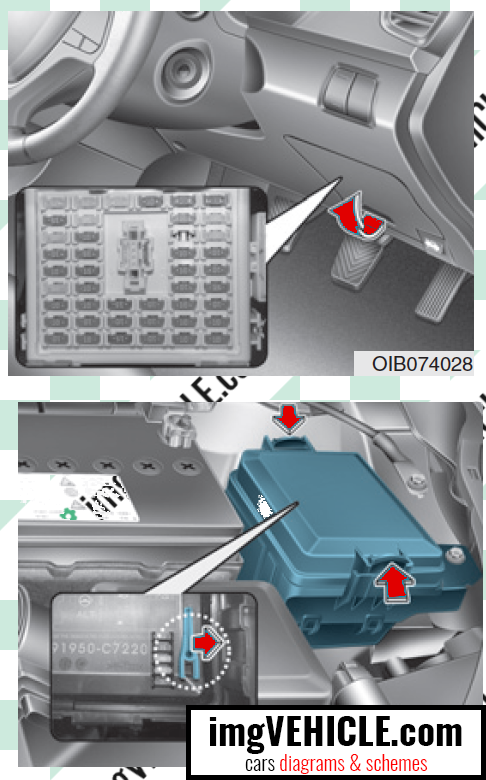 Fuse block is located in the dashboard and in the engine compartment. 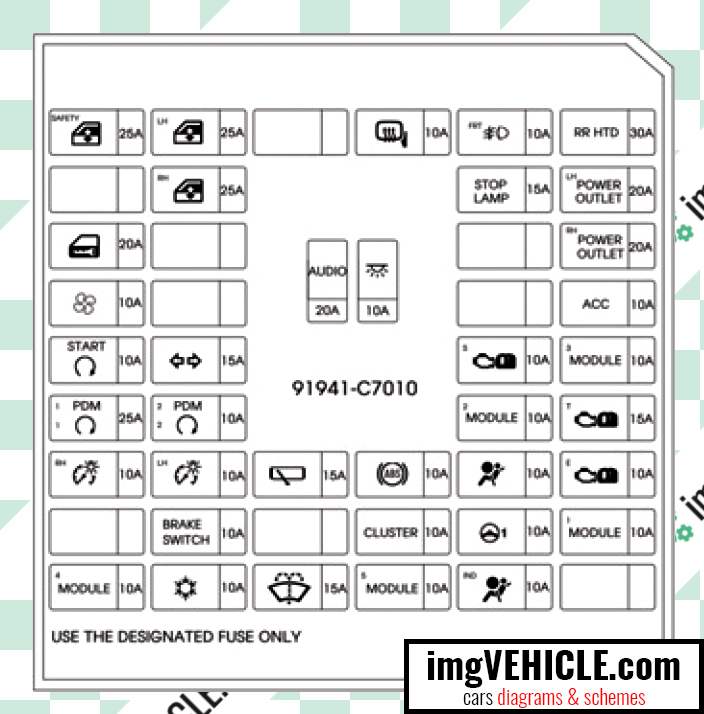 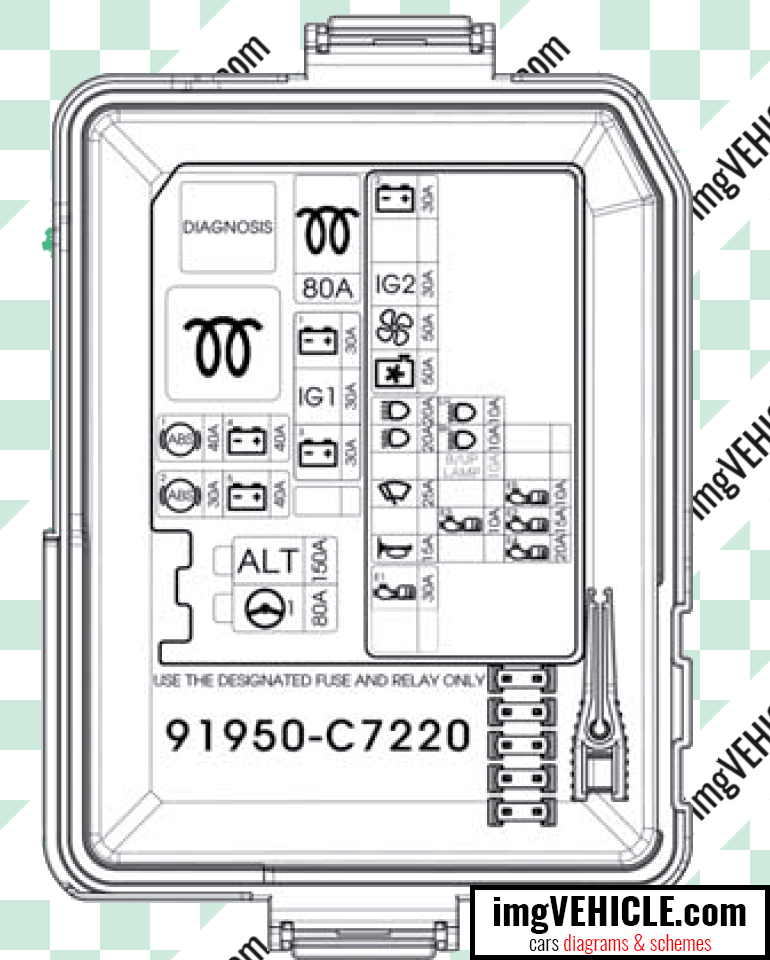