The feel of the plush and grandeur approach is all we need in our cars. Honda is among those automotive giants capable of providing all of them in almost every model of their cars. Honda Odyssey is among those models equipped with class apart interior and all the relevant features that make it quite attractive. The inclusion of quality materials in the manufacturing of this car holds the crux of elegance.

Honda Odyssey is the third generation of the remodeled odyssey from 1999. It is equipped with all-new sheet metal and a spacious interior that can easily accommodate eight passengers. The new design also consists of some of the quality manufacturing styles that make the ride quite silent. It is capable of providing a pleasant driving experience that attracts most people.

With the smooth, rich, and subdued exhaust note of a 3.5-liter V-6 engine, one can get performance-oriented driving. It is capable of producing 255 horsepower. This engine helps in getting improved fuel economy which lures the customer. It is also equipped with power sliding doors that add a sense of comfort at its best. The built-in sunshades for the windows provide a sense of class and elegance. Get ready to attain a unique driving experience with this car.

In addition to these features, it also has some of the best infotainment accessories such as 120-watt CD audio with six speakers, and steering-wheel-mounted controls, wireless headphones, Dual power side doors, eight-way power driver's seat, heated front seats, sunroof, side airbags, side curtain airbags, Power tailgate, fog lights, automatic climate control, navigation system with voice recognition, 360-watt, seven-speaker audio with subwoofer, power-adjustable pedals, DVD entertainment system with surround sound, compass, backup camera, and sensors. These additional features provide it with a nudge over other competitors in the same segment. 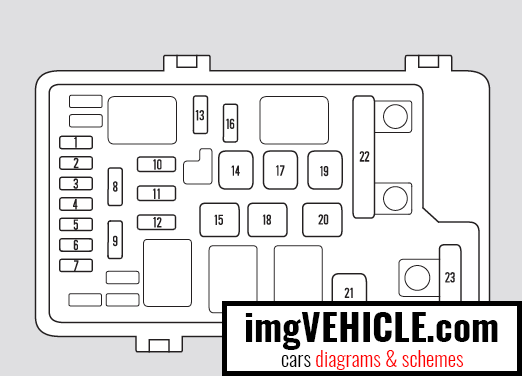 The vehicle’s fuses are contained in four fuse boxes (three, if the vehicle does not have a rear entertainment system).

To open the passenger’s fuse box, pull the right edge of the cover. The interior fuse boxes are located under the dashboard on the driver’s and passenger’s side.

The primary under-hood fuse box is on the passenger’s side. To open it, push the tabs as shown.

The secondary under-hood fuse box is behind the primary fuse box. 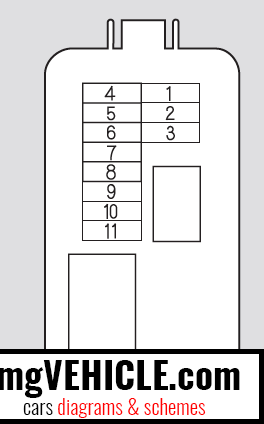 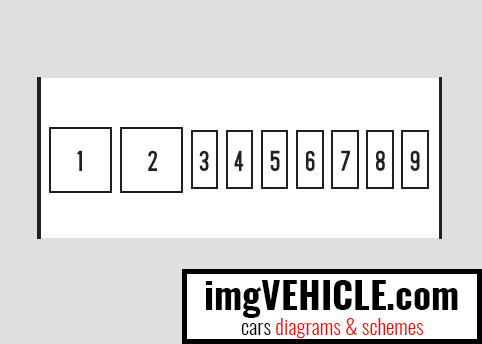