When it comes to ranking Japan-based automobile companies, Honda is one of the brands that come on the top. Honda Motor Company, Ltd. was founded in 1946, and since then, it is offering high-performance vehicles to customers.

The company is mainly known for its affordable vehicles. From cars to motorcycles, they manufacture and market a variety of vehicles. But in this post, we are going to talk about Honda CV-R IV which is a very popular car series from the company. Honda CV-R IV is a compact crossover SUV model manufactured by the company. The production of the model started in 2012 and continued till 2016.

Honda CV-R IV was first unveiled at the Orange County International Auto Show in 2011. The company started manufacturing in 2012. It comes with a powered 2.4L i-VTEC inline-four engine with 185 hp. It has an all new Real-Time all-wheel-drive with an intelligent control system. All the models released in the North American market has a 5-speed automatic transmission.

In 2015, the car received a facelift. It uses the direct-injected Earth Dreams engine. According to EPA, this is a fuel-efficient vehicle. The company also worked on the overall structure to make it safer for users. They improved the vehicle to make it crash-resistant. The car was also equipped with suspension shock absorbers, anti-roll bars, springs, and lower control arms. Honda CV-R IV was entirely revised and give new features by the company. The production continued till 2016, after which it was replaced by Honda CV-R V. Honda also included a larger brake booster to give the car a sportier feel. Honda CV-R IV is one of the finest range of cars from the company. It is economical and has great features. It made great sales in the US market. 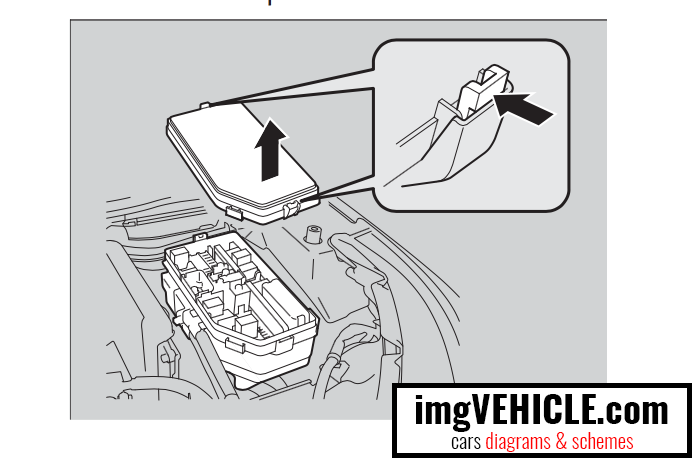 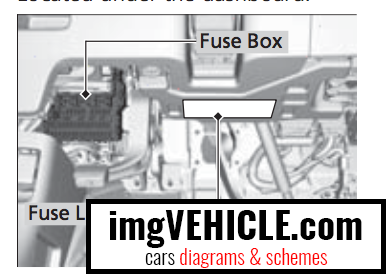 Fuse locations are shown on the label on the cover.

Locate the fuse in question by the fuse number and label number.

* Not available on all models